On June 8th, 2017 – the World Ocean Day – the European Commission organised a conference on HORIZON 2020 Waterborne Research – Competitive, Safe and Sustainable in Brussels. The event presented work and results of 15 waterborne projects mainly funded in the first half of HORIZON 2020 (2014-2016) under the Transport (“Mobility for Growth”) priority.

The event was attended by close to 100 representatives of European Commission services, the European Parliament, member states and the maritime community. In her opening speech, Clara de la Torre, Director ‘Transport’ of DG Research & Innovation, highlighted the importance of waterborne transport for Europe and the importance of a competitive industry as a job engine and driver for innovation. The responsibility of Europe to make waterborne transport more efficient, safer and more environmentally friendly was also underlined by Sandro Santamato, Head of Maritime Transport and Logistics, DG Mobility and Transport, who referred to upcoming new rules and legislation as well as to environmental threats that increased transport demand poses to the oceans. Alan Haigh – Head of Department H2020 at INEA, the Innovation and Networks Executive Agency – gave an overview of the projects funded so far in waterborne transport and emphasized also possibilities for post-project funding by the Connecting Europe Facility (CEF). The Plenary Session was concluded by Christophe Tytgart, Secretary General of SEA Europe. He confirmed that the European maritime sector is committed to take up the challenges described by previous speakers, highlighted achievements and successful projects which have contributed significantly to competitiveness and innovation in the sector. He gratefully acknowledged the support of the EU research and innovation programs to achieve this success, but also called for further support to a level playing field in a strong global competition. 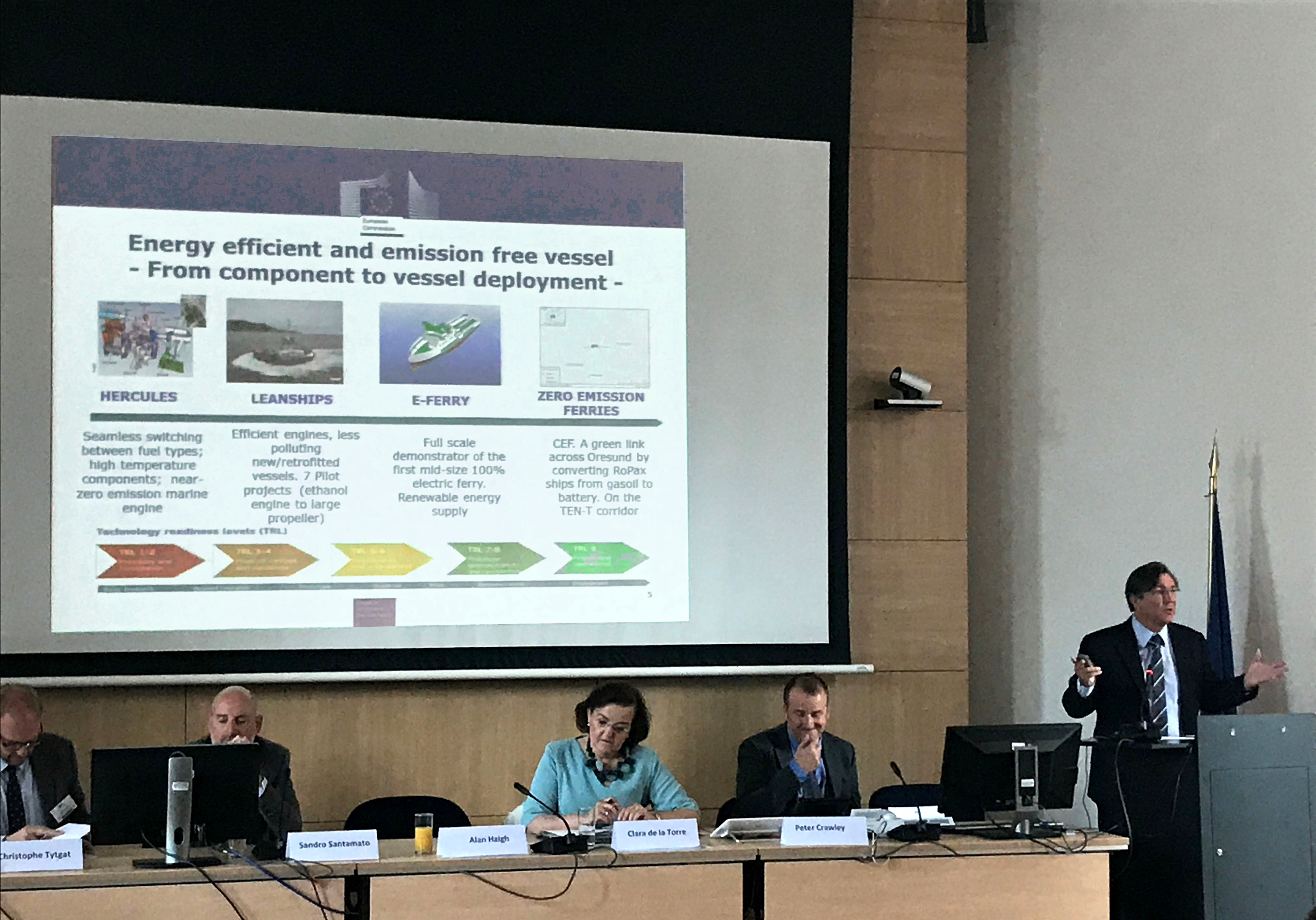 In three technical sessions reflecting the main targets of the Transport research program, waterborne projects presented their work, outstanding results and the impact achieved. The presentations will soon be available for download – HOLISHIP partners will be informed.

Jochen Marzi, coordinator of HOLISHIP presented the goals, strategy and expected achievements of our project, which is one of the very few looking at the ship design process in a holistic way, aiming to achieve optimal overall solutions for specific operational scenarios of the future. He also explained that results will be broadly accessible to a wider maritime community and asked potential users to contact the project and attend the public workshops which will be organised by HOLISHIP. A question from the audience pointed to the need of educating personnel in design offices and shipyards, but also from owners and operators how to use the holistic design philosophy as well as the specific tools developed in our project and outside. The speaker encouraged coordinated action to improve sectorial skills, making use of results of various projects, including HOLISHIP. 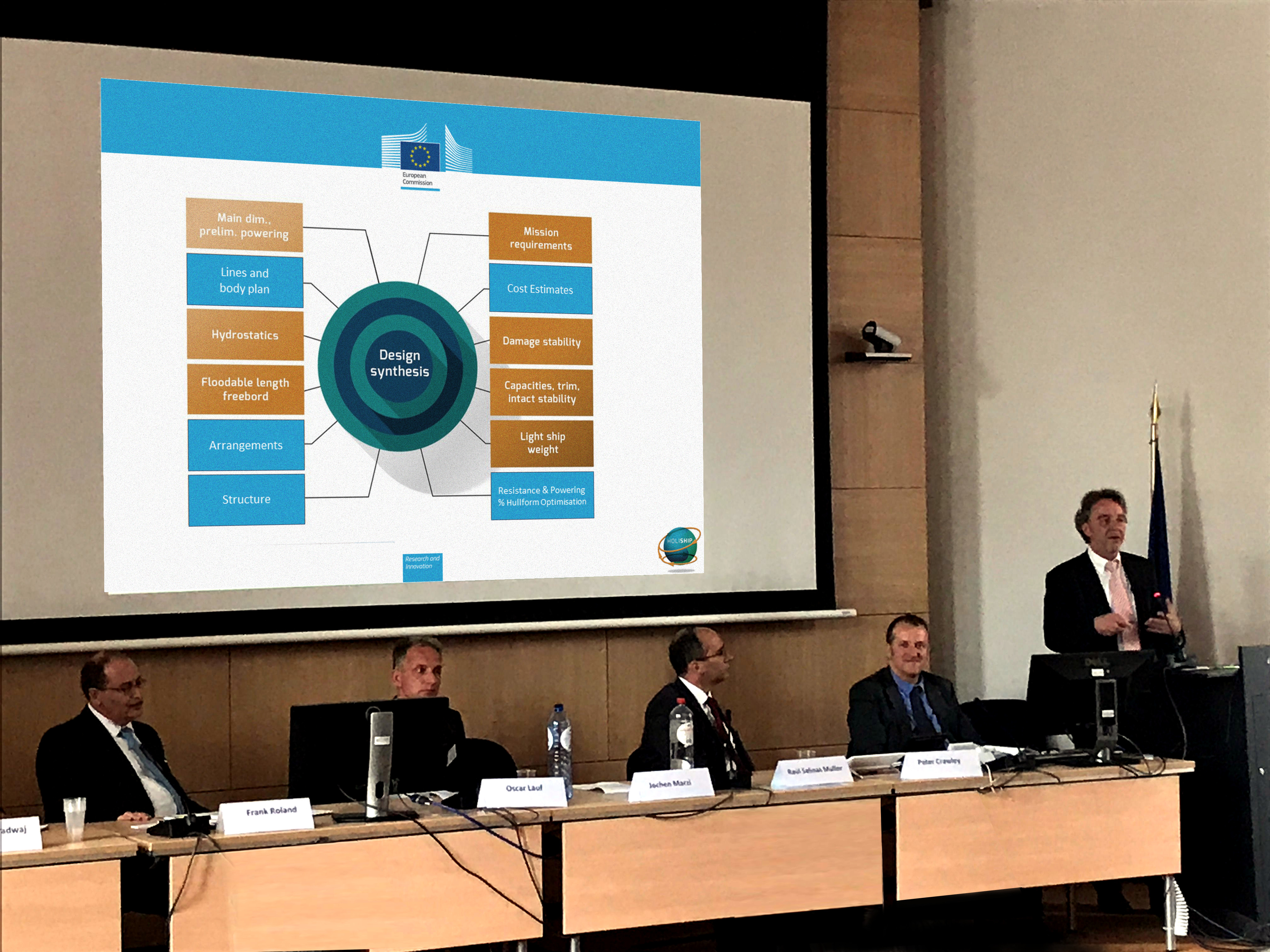